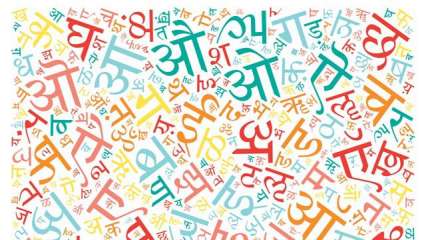 What is interesting is that there several words in English that are used commonly actually have an Indian origin. You will be amazed to know that the Hindi language has a great contribution to the English dictionary.

It may come as a surprise to know that a lot of common English words used in everyday conversations originally belong to Hindi.

Want to know which all words in the Oxford English Dictionary have Indian origin?  Take a look.

You will be surprised to know that our very own staple food, roti is part of the Oxford English Dictionary.

You will be amused to know that our lip-smacking and most loved side food Chutney is called with the same name in English.

A  type of cottage built for European settlers in Bengal was known as Bangla. The word Bungalow was derived from the Hindi word Bangla.

The bangle is a very popular ornament wore by women, especially Indian women. The word bangle has originated from the Hindi word Bangri.

The word veranda is derived from Hindi word Baraamda which means a roofed platform along the outside of a house.

In English, loot means stolen money or valuables. It is a word which is derived from Hindi word Loot.

Yes, avatar is an English word. In Hindi, Avatar means an incarnation and even in English, the meaning is the same.

You thought it’s a Hindi word but Thug is an English word originated from Hindi word Thag which means a violent person, especially a criminal. This word is very popular on social media/memes.

Jungle, just like the above-mentioned words, derives origin from Hindi word which sounds as same as jungle and means the same.

Sherbet is a sweet beverage made from fruits. It derives origin from Hindi word which sounds as same as Sharbat and means the same.