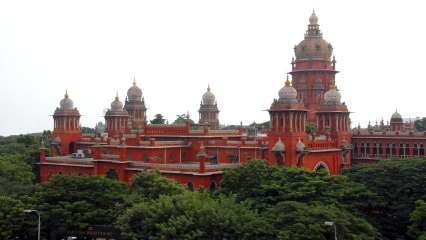 Justice Kirubakaran of the Madras High Court made this observation following a submission by senior advocate Suryaprakasam, who held the State Government authorities responsible for preventing suicide deaths of NEET aspirants. The advocate had based his submission on a 2017 verdict of the High Court pertaining to the NEET issue. Back then, the Court had held that it was the duty of the Government to provide counseling to children and parents. It was also suggested that the Government could rope in prominent personalities to motivate the students via the media, besides advising them against extreme steps.

Suryaprakasam had made a mention to the Bench of the Government having failed in its duty in proving adequate counseling and said that the authorities had to be pulled up for Contempt of Court. Besides making the observations, Justice Kirubakaran also permitted the lawyer to file a Contempt petition.

While the suicides by medical aspirants before NEET exams has become revived the debate over the need for the exam, it is also notable that this comes ahead of an election year in the state. Politicians from the ruling and opposition parties and their allies have been visiting the bereaved families to offer their condolences, theyhave been offering money as solatium and even government jobs for kin in some cases. Often, such visits are turned into photo-ops devoid of physical distancing. Quarrels have also erupted between rival party members over such visits of their leaders.

“In 2017 alone there were some efforts from the government to provide counseling to students, but thereafter it has been neglected. Offering such cash doles and government job to the family and kin amount to abetting suicide. When one party gives, the others follow suit fearing that they would lose their vote bank. This ends up inciting young students who are under mental stress to take extreme steps” Suryaprakasam told WION.

Some sections have raised questions against the major political parties of Tamil Nadu, asking them why the government couldn’t invest more on education and raise the standard of its syllabus. This is suggested considering that CBSE students have an edge over the state-board students in such competitive exams. It is also being pointed out that JEE and other entrance exams for management courses too are conducted pan-India and how they go on unopposed.

Political parties in Tamil Nadu have been pointing out that NEET went against social justice and was putting students from rural areas and lesser fortunate backgrounds at a disadvantage, as they wouldn’t be able to pay for the coaching classes.

In late August, Tamil Nadu Health minister Vijayabaskar has written to the Union Health Minister  Harsh Vardhan emphasizing the need to cancel the NEET exam and allow Tamil Nadu to provide medical admissions on the basis of marks secured in the 12th grade board examinations. The letter also touched upon earlier instances where the Tamil Nadu Chief Minister had written to the Prime Minster and Health Minister requesting that an ordinance be promulgated, to allow the state to follow its earlier pattern for medical admission.

This permission is being sought on the grounds that 12th grade exams have been completed and results have been declared across Tamil Nadu. “The NEET examination may kindly be dispensed with an request you to direct the Ministry to promulgate an Ordinance to keep in abeyance the relevant sections of the Indian Medical council Act, 1956 and Dentist Act, 1948 and connected regulations governing the medical and dental college admissions” the letter from August stated.