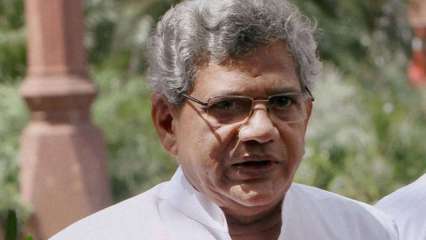 The Congress has flayed the naming of Left leader Sitaram Yechury and others in a Delhi Police supplementary charge sheet in a Delhi riots case and said it will raise the issue in Parliament.

The other opposition parties too will raise the issue during the Monsoon Session of Parliament commencing on Monday.

Congress leader Jairam Ramesh said: “We are definitely going to raise the issue as it is a case of misuse of official machinery.”

The party is in talks with non-NDA leaders and working on a joint strategy. Congress leaders Ghulam Nabi Azad, Ahmed Patel, and Ramesh have spoken to all opposition political parties on the matter.

Delhi Police has named the Communist Party of India-Marxist General Secretary Sitaram Yechury, Swaraj Abhiyan leader Yogendra Yadav, former JNU student Umar Khalid, and others in its charge sheet in one of the Delhi riots cases.

Yechury lashed out at the central government: “Delhi Police is under the Home Ministry. Its illegal actions are a direct outcome of the politics of BJP`s top leadership. They are scared of legitimate peaceful protests by mainstream political parties and are misusing state power to target the Opposition.”

These persons were alleged named in the disclosure statements made by accused Devangana Kalita, Natasha Narwal, and Gulfisha Fathima in connection with the case. The trio is facing charges under the Unlawful Activities (Prevention) Act.

Communal violence broke out in north-east Delhi on February 24 after clashes between supporters of the Citizenship (Amendment0 ACt and those opposed to it.