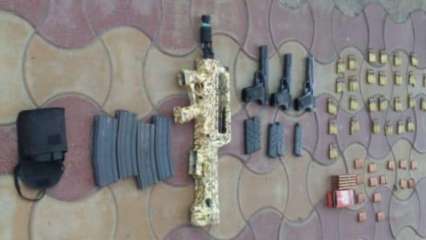 Security forces in Jammu and Kashmir (J&K) on Tuesday foiled an infiltration attempt by suspicious individuals at the Line of Contol (LOC) in Bandipora district’s Gurez sector. Several caches of arms and ammunition and warlike stores were also recovered from the suspected terrorists.

Acting on specific inputs, the security forces launched the operation in the forward areas of the LOC in north Kashmir, on which suspicious movement was detected by the alert troops earlier.

Contact was established and the suspected terrorists were fired upon. The suspects fired back aggressively but timely action by the security forces successfully managed to foil the infiltration bid.

Further, a GPS set and four rucksacks were found. A search operation in the area is still underway.