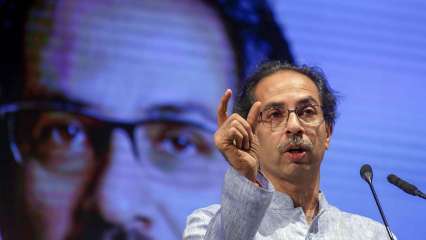 Maharashtra Chief Minister Uddhav Thackeray said on Sunday that the state will raise the issue of Maratha reservation before the Supreme Court after it declined to grant reservations to people of the Maratha community in education and jobs in the state this year.

“The Maratha quota bill was unanimously passed by the state legislature and the legal team hired by the previous BJP-led state government was arguing in the apex court,” Thackeray said.

“The government is firmly with the cause of justice to Maratha community and is working on how to proceed ahead. I have spoken to Leader of Opposition Devendra Fadnavis who is in Bihar now and he has assured the BJP’s complete support,” he added.

He further urged the public not to hold protests or any sort of demonstrations on the Maratha quota issue during the COVID-19 pandemic.

It is to be noted that on Wednesday a three-judge bench headed by Justice L Nageshwar Rao, in its interim order said that no Maratha quota will be granted for jobs and admissions for the session 2020-21 and said that admissions to postgraduate courses in the state will not be altered.

The bench was hearing two appeals, including one filed by J Laxman Rao Patil, challenging the Bombay High Court order, that upheld the constitutional validity of the quota for the Maratha community in education and government jobs in the state.

The Bombay High Court had on June 27, 2019, observed that the 50% cap on total reservations imposed by the Supreme Court could be exceeded in exceptional circumstances.

It had also accepted the Maharashtra government’s argument that the Maratha community was socially and educationally backward and it was duty-bound to take steps for its progress.

Another appeal filed by advocate Sanjeet Shukla, a representative of ‘Youth for Equality,’ said the Socially and Educationally Backward Classes (SEBC) Act, 2018, enacted to grant reservation to the Maratha community people in jobs and education, breached the 50% ceiling on reservation fixed by the top court in its judgment in the Indira Sawhney case, also known as the ‘Mandal verdict.’

The top court had argued that the state of Maharashtra had not showed any ‘extraordinary situation for providing reservations to Marathas in excess of 50 per cent.’

The bench pointed out that any exception towards the50 per cent ceiling rule for reservation was permitted only in “extraordinary situations”.