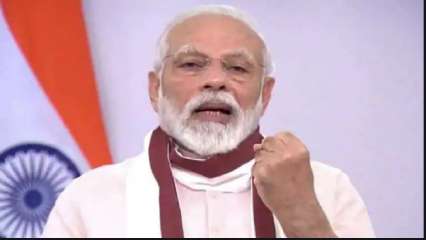 In the run-up to the Assembly elections in Bihar, Prime Minister Narendra Modi will inaugurate and lay the foundation stone of seven projects related to urban infrastructure in the state on September 15 through video conferencing.

Sewerage treatment plants built under Namami Gange at Beur, and Karmalichak in Patna Municipal Corporation will be inaugurated by the Prime Minister.

“Water supply projects built under Atal Mission for Rejuvenation and Urban Transformation (AMRUT) mission in Siwan Municipal Council and Chapra Municipal Corporation will be inaugurated by the Prime Minister. Both these projects will help local residents get pure drinking water 24 hours a day,” the release further stated.

The foundation stone of Muzaffarpur Riverfront Development Scheme, being built under Namami Gange, will be also be laid by PM Modi. The statement said “Under the project, three ghats of Muzaffarpur (Poorvi Akhada Ghat, Seedhi Ghat and Chandwara Ghat) will be developed. Basic facilities like toilets, information kiosk, changing room, pathway and watchtower will be made available at the riverfront. Proper security arrangements, signage and adequate lighting will be arranged for at these Ghats.”